The third phase of the solar project at Rotterdam The Hague Airport has been completed. In less than 3 weeks time, the Flatfix Fusion frames and 880 solar panels supplied by Libra Energy were installed. The system has been put into operation and the new sorting machine in the luggage hall is now also equipped with sustainable energy!

Earlier this year, Libra Energy was already supplying 1373 solar panels which were installed on two hangars of the airport and in 2016 arrival hall 2 was already equipped with solar panels. With this third phase, the airport not only produces enough power to meet its own needs, but can also provide energy to the surrounding buildings. Read more about the installation earlier this year.

For the installation of these 880 panels on the flat roof of the baggage hall, the Flatfix Fusion frames from Esdec were installed in an east-west direction. The advantage of such an east-west configuration is that up to 30% more panels can be installed on the roof surface compared to a south set-up. For the inverters, SolarEdge 27.6 was chosen, eight of these project inverters were used in combination with the P600 optmizer. Two panels per optimizer are connected. 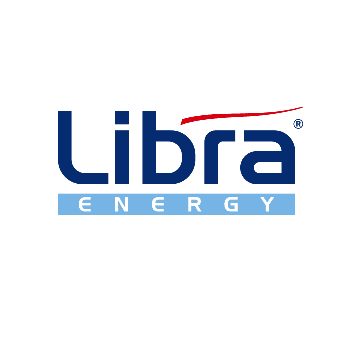